WE ARE AN ARTISTIC COLLECTIVE EXPRESSING OURSELVES DISCURSIVELY AND INTERDISCIPLINARILY, THROUGH THE MEDIUMS OF CONTEMPORARY DANCE, CINEASTICS AND FASHION DESIGN. WE COLLABORATE SITUATIONALLY, PRODUCTIVELY AND TRANSPARENTLY TO CREATE RELEVANT, SUSTAINABLE AND INCLUSIVE OFFERINGS. HUNGRY FOR SOCIOCRITICAL DISCOURSE, WE’LL PICK YOU UP FROM SPACES, NON-PLACES, AND HOME. INTO FANTASTIC, UTOPIAN AND AESTHETIC VISIONS OF THE FUTURE.

Motels are mostly non-places of transfer. The setting of a motel room is staged by the go plastic company in MOTEL VIBES. Here two people meet. They act together or alone, with or next to each other, at the same time or displaced – what they have in common is the place of passing. And there is not much time left, the end is near. How do they cope, what do they value, what is important to them – in the face of the end. And isn’t every end also a new beginning? What do these last weeks, hours, moments look like? What happens to stories, rituals, habits, dependencies? With patterns, structures, routines?

There is no escape and yet everyone flees into a reality that will soon no longer exist. The escape begins and ends in this room. Seemingly detached from the outside world and yet at the mercy of the same fate. The production “MOTEL VIBES” by the go plastic company offers the audience voyeuristic insights into a deeper “enclosure of vanities”. Equipped by fashion and performance artist Alexandra Börner and surrounded and driven by Nikolaus Woernle’s soundtrack, the two performers expose themselves to an ultimate chamber play scenario.

Afterwards, we invite you to a joint discussion with the artists.

Further information is available on the riesa efau website under the respective entries for April 1 and April 2, 2022. There you also can fill out the registration form.

We would also like to point out that the MOTEL VIBES graphic novel will be published for the dates in April. Last year we started a collaboration with the Leipzig illustrator PM Hoffmann and the author Thyra Veyder-Malberg, who is also based in Leipzig. The final result can be admired and purchased on April 1 and 2.

More about the dance piece MOTEL VIBES can be found here.

On August 18 (show starts at 8:00 p.m.) we will show our production ASPHALTWELTEN at tanz.tausch – Dance and Performance Festival in Cologne. An extremely fitting occasion, as the festival also celebrates its 10th anniversary this year.

More information as well as tickets are available here.

ASPHALTWELTEN creates a utopia through dance: a group that renounces stability and security, a life without walls, without insurance, without roots. Being at home in the body, not in buildings. Independent of origin, orientation and opinion. A coming together of biographies on public but “neutral” ground. How do we feel and create our own “artistic shelter”? How far does it reach; does it encompass only me or others as well? How can I carry it, support it,
take it with me and share it?

From August 24 – 26, 2022, the ibug international festival for urban art will take place in Flöha, Saxony. We are very happy to announce that go plastic company has also been invited to present an ASPHALT LAB as well as performing an ASPHALT performance during the festival period.

More about the ASPHALTWELTEN project can be found here

Since the first industrial brownfield redevelopment in 2006, ibug has become a world-renowned festival of urban art. Every year on the last weekend in August, a brownfield site in Saxony is opened as a temporary exhibition. The focus of the international artists is on experimenting with genres, materials and techniques as well as on the past of the wasteland and its architecture. The ibug team has received many awards for its commitment, including the “PlusPunkt Kultur” award from the Federal Association for Cultural Education for Children and Youth in 2010, the “So geht Sächsisch” ideas competition for tourism in Saxony in 2019, and the “Denkzeit Event” competition of the Saxon State Ministry for Science, Culture and Tourism in 2020 for creative ideas and innovative concepts for the implementation of existing or new events under corona conditions.

A production of go plastic company in co-production with TANZPAKT Dresden and in cooperation with HELLERAU – European Center for the Arts. The premier in 2021 was supported by the NATIONAL PERFORMANCE NETWORK – STEPPING OUT, funded by the Federal Government Commissioner for Culture and the Media as part of the initiative NEUSTART KULTUR. Aid Program Dance. Funded by the Cultural Foundation of the Free State of Saxony. This measure is co-financed by tax funds on the basis of the budget passed by the members of the Saxon State Parliament. Funded by the Office for Culture and Monument Protection Dresden. With the kind support of TENZA and TanzNetzDresden e.V.

The revival of ASPHALTWELTEN in 2022 is based on the production from 2021, supported by the Fonds Darstellende Künste with funds from the Federal Government Commissioner for Culture and the Media as part of NEUSTART KULTUR.

Once again different artists are invited to set impulses and inspire. The aim is to network and exchange artistic ideas within the framework of a laboratory and to encourage collective practice and research.

The fifth edition is thematically oriented on the go plastic company’s ongoing research on emotion culture. The collective is currently working on the theme of RAGE and concerns itself with performative practices in relation to emotional states.

For the laboratory in July three great guests are invited, who will give impulses and inspiration to (non)verbal expression, expressivity and improvisation.

For this purpose, a daily program will take place at TENZA from July 4 – 7. There will be workshops by artists Hanna Adelsberger (Berlin), Gwen Kyrg (Leipzig) and Yeliz Pazar (NRW) as well as a company training on Monday, Tuesday, Thursday in cooperation with TanzNetzDresden, which can be attended on these three days from 10:00 – 11:30.

The participating artists of the fifth edition of the STUDIO LAB are: 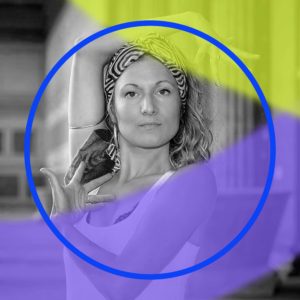 Hanna Adelsberger is a dancer and clinical psychologist. Her main focus is on the diversity of arm movements & techniques (e.g. tutting, flamenco). Currently she is part of the project “Urban Feminism“, which will celebrate its conclusion at this year’s Tanz im August Festival in Berlin. Hanna Adelsberger is also funded by NPN – STEPPING OUT with her project “FEMMEvolution” and received the 2021 Research and Work Grant Dance for her project “Algorythmic”. Hanna Adelsberger has been organizing the international Urban Female Festival “Queen 16” since 2019, which deals with the visibility of women in the art world.

Hanna Adelsberger also researched at FU Berlin on the influence of dance and movement on psychological well-being.

The main focus on both days will be on exploring the diversity of hand and arm movement & techniques. The goal is to be able to express more individuality and emotion in your own style. The first day will focus on complex, abstract and geometric movements from tutting. The second day will deal with non-verbal communication of gestures of emotions such as anger. Storytelling will be another focus. 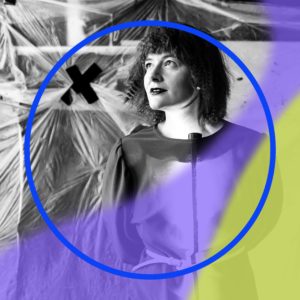 Gwen Kyrg (b. 1985 pronoun: she/her) is a freelance musician and performing artist. The hybrid works as a singer, performer, speaker, music and theater director and composer. Her focus is on jazz, free improvisation and pop, as well as language, movement and installation, which she combines in her own work to create theatrical performances and forms of contemporary musical theater.

In her ongoing free improvisation audio experiment format, Gwen Kyrg has been developing site-specific experimental arrangements for cross-disciplinary ensembles and audiences as lab partners since 2011. She collaborates on various projects across a broad spectrum from music to performing arts.

Gwen Kyrg graduated in 2011 with a diploma in jazz/pop vocals from the Hochschule für Musik und Tanz Cologne and in 2015-2016 she completed her training in mime corporel dramatique (movement theater) at the Atelier des Mimes Berlin. She is a scholarship holder of the Cultural Foundation of the Free State of Saxony, the Performing Arts Fund, the Music Fund and the Cultural Office of the City of Leipzig. In 2019-2021 she cooperated in the Artist Development Programme with LOFFT – DAS THEATER in Leipzig.

Based on her participatory performance “TUBATABU” – a parlor game for 4 people, which is used as a formal template, transferred to the theme and expanded with movement, within the go plastic STUDIO LAB the participants develop the format further into a collective anger transformer with the help of text and movement materials. 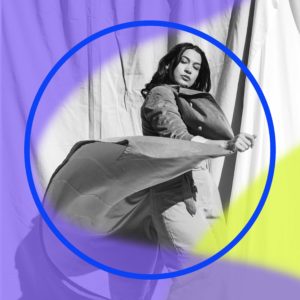 Yeliz Pazar is a dancer and choreographer. She is a co-founder of the dance collective “nutrospektif“, which emerged in 2012 and was labeled as Factory Artists by tanzhaus nrw in 2020. “nutrospektif” is making urban dance cultures more visible in the stage context, exploring artistic approaches, and advances dialogue in the dance landscape. Yeliz is also part of the first generation of Waacking dancers in Germany and organized “THE WAACK OFF” at tanzhaus nrw, the first event of the genre, which involved numerous international guests.

In the Waacking workshop, the loosening and strengthening of the arm muscles through arm coordination to music, confident and self-assured appearance, and poses play important roles.

Yeliz Pazar teaches not only a very good foundation, but also effective learning methods for working independently. Her focus is on spontaneity and individuality as her classes are always aimed at urban dance styles, “freestyle” (improvisation); accordingly, Yeliz also works on a strong musicality and body control.

IMPRINT • DATENSCHUTZ
Copyright 2021 - All Rights Reserved
Back To Top